We asked Doc Brown about his journey as a house artist & label owner. Tips and tricks for producers and his new release Late Night Disco (the remixes) 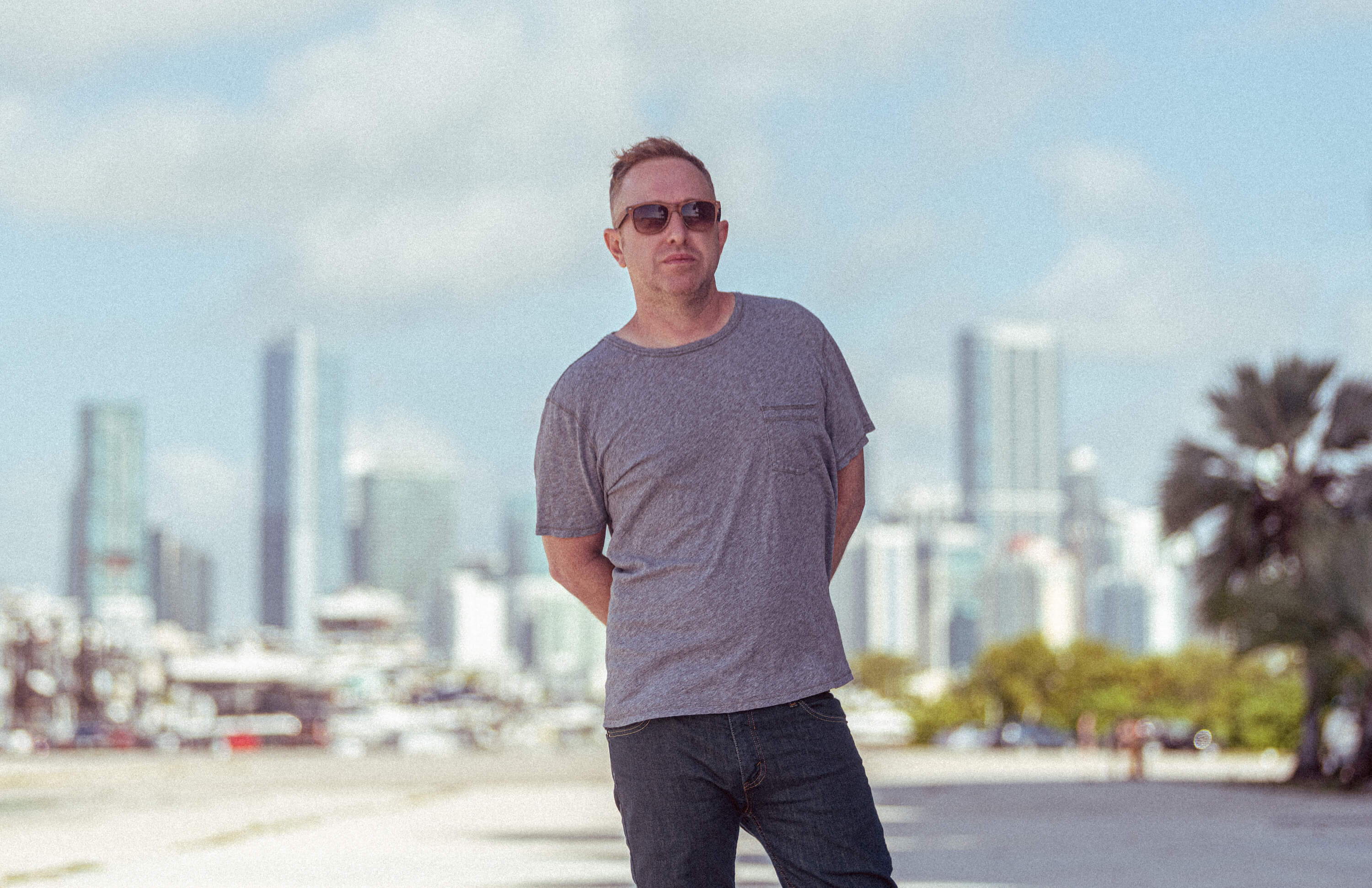 Hi Doc Brown, how are you? How is life in Miami as a house producer/ dj/ label owner?

Life is good! The slower summer months are coming to a close & it will soon be the best time of the year to be here. Right now I'm preparing for my next show in Vegas & starting to plan out label showcases over the next few months for Groove Cruise in January, San Diego in February & a Miami Music Week show back home in March.

You have been active in the music industry all your life, what else did you do before your DJ & producer career started to take off?

Prior to DJing & producing full-time, I worked various jobs on the business side of the industry doing a number of things including licensing, recording project management & product manufacturing for a large cross-section of independent record labels

You run your own label Unlearn:Records. What is your mission with the label?

The #1 mission with the label will always be to put out great music that I feel will stand the test of time. I seem to have a good feel for finding music that stays relevant over time, so my hope is that label tracks will sound just as good 5, 10, even 15 years from now! Secondary to that, it's been rewarding to help put up-and-coming producers' music in the right hands, whether that be an A-list DJ or a well-regarded publication such as yours. And, if they're not already registered with a PRO or Soundexchange, I also want to help them do everything they need to in order to make sure they're set up for success going forward.

Since you are the owner of a label, can you give us some tips on how to submit a demo to a label? What are the do's and don'ts?

I think this one is pretty easy & fairly standard across the dance music industry. Use a private & freshly-uploaded Soundcloud link with stats hidden & include in a short email, personally addressed & indicating some level of scrutiny in choosing to have sent it to the target label. If you have a few details that might be relevant--like previous labels released on--that could be included but don't feel the need to stretch or make up stuff to sound busy. If the music is good, that will cut through any of the other stuff.

If there are producers who read this and possibly want to send in a demo where can they do that?

Every targeted demo sent to demos@unlearnrec.com will get a listen & a response. My efforts to be as artist-friendly as possible with the label starts with these interactions. If Claude VonStroke can listen to every demo sent in to Dirtybird then so can I, and so should probably most everyone else.

In which club or festival would you like to play one day?

I've always said my top-end goal is to have a weekly label party at one of the superclubs in Ibiza. Prior to its closing, I probably would have picked Space Ibiza as my top choice, but for now I guess DC-10, Hi or Amnesia would have to do!

Do you have network tips for novice and advanced dj / producers?

I think the most important thing to remember is that having a music career is a long game. Try to make sure all your interactions are positive & remember people have long memories. Everything comes & goes in waves and having a solid relationship with someone will always help no matter what status either of you have at that particular time.

Which of your tracks are you most proud of?

I think I'd have to say it's a collab; "Pushing Me" with MC Flipside literally pushed me! We wen't back & forth with contributions, each one challenging the other & bringing the overall level of the track higher every time. In the end what we came up with is a complete song & a really good one, not just a club track. Maybe the only one I've ever done that has an actual coda!

What is your favorite part of producing music?

I think my favorite part is when you're done with a track and listen it back, and think to yourself, "How did I do that?!" When you think back to the idea you started with & all the decisions & struggles to take it wherever it went, it's really pretty crazy...and awesome.

Which artists inspire you?

My favorite all-time DJ is Carl Cox, I really appreciate both his depth & breadth of selections. His love for the music he plays shines through so genuinely it's hard not to be captivated by it! I've recently seen really great sets from Joseph Capriati, Pan-Pot & Archie Hamilton to name a few, and in the studio Gene Farris works magic with top-notch vocal production, unbelievably fat sounding synths & bass, and a songwriting simplicity that has an underlying universality. In the end music is all about connections with people!

The boring answer is choosing the right drum samples & bass patches. Like sandwiches, some things just go better together & some things don't. Nobody wants to eat a ham & jelly or a peanut butter & Swiss so I think the idea is just to make sure your kick & bass are good together. The "secret sauce" for me I think is using a lot of multi-band sidechain, moving the sub frequencies out of the way of the kick without having to hear the rest of the patch pump, making space for toms...stuff like that.

Who was your greatest mentor(s), and what was the best advice they gave you?

For better or worse I don't really feel like I've ever had a proper mentor. I definitely had to cut my teeth learning things on my own & it's one of the reasons I feel so strongly about helping out new artists. I truly believe sharing knowledge & helping each other out is the future of good business practice.

What piece of advice would you give to your younger self?

If I'm being honest, I'd probably slip myself a few stock tips, sporting events to bet, or real estate to buy!

The tech house scene has grown enormously in recent years. Where do you see the Tech House scene in 2 years?

I try not to concern myself too much with genres, but I can't say it's unsurprising that the mass influx of fans through commercial EDM that stuck around have filtered down into other genres like techno & tech house. It's a natural progression. Tempos are definitely speeding up across the board so I'd imagine on average in 2 years anywhere from 130-135 could be fairly common for house music. There's gonna be more music than ever, and more bad music than ever--which I'm sure some people are going to complain about--but there's also gonna be more good music than ever, too!

What can we expect from Doc Brown in the near future?

I'm really looking forward to these shows coming up in Vegas, San Diego & Miami--plus the Groove Cruise! As far as music I have quite a few remixes on the way: the current one for Late Night Disco, plus another for Markyno & Alessandro Angileri, and finally a remix of a really amazing melodic tune from 28mm I took in a more techno direction for Julian Gray's label Graydient Arts. Personally, I'm really looking forward to the holidays this year, spending time with family & a warm Christmas in Miami.

We can't wait to hear it all! Thanks again for being here, and we'll be following you closely!

Thanks for having me!

Listen to the latest release Late Night Disco (the remixes)

Unlearn revisit one of the biggest releases from their catalogue, bringing us brand new remixes on Preston Zane and MC Flipside’s Late Night Disco from Vanilla Ace & Venky and label founder Doc Brown.

Originally released in 2021, Preston Zane and MC Flipside’s Late Night Disco is a searing tech house cut with drive and groove that perfectly feeds the energy of afterhours rooms with loose, loopy synths punctuated by Flipside's gritty vocals. It went on to become a defining record for Unlearn Records and a staple in many DJs sets, making it fertile ground for a couple of brand new remixes!

First up Vanilla Ace teams up with Venky for a snarling, seething tech house weapon., with a chunky, rolling bassline, clattering fills and a warped piano line coming to the fore during the epic breakdown. Doc Brown opts for a more hypnotic vibe with his interpretation, slowly building the tension with subtle washes of white noise and a prominent lead synth stab that ebbs and flows throughout.

Do you want to follow us?
We share tips, tricks & tutorials on our socials.
Sunday,Monday,Tuesday,Wednesday,Thursday,Friday,Saturday
January,February,March,April,May,June,July,August,September,October,November,December
Not enough items available. Only [max] left.